I started middle school, and I am having so much fun here. We do so many things. I’ve already had 3 tests, (not that that’s much fun), but we don’t have much homework… Yet. I don’t know if you guys have recess? I don’t anymore, (only on Fridays sometimes)! We do a lot of experiments too, and we have to memorize Latin root words. UGH! They are so boring!

I have a locker now… I love it! It's pretty big actually. I have to switch from class to class instead of just staying in one, (like at my old school). Now we call the classes “periods.” I have 7 periods every day. We also have something called “home room” and “advisory.” Advisory is where you can make up work you didn't do. Home room is just for attendance, (not much else).

That’s enough about school, let’s get to the Kid Governor stuff... It’s happening! I am going to try to do everything I can to help pass a bill that I feel so strongly about, as it was part of my 3 point plan in my campaign at the start of Kid Governor.

The bill states that, (if put into law), you will no longer be able to sell or purchase cats and dogs at a pet store in New Hampshire.

Remember, just because I'm Kid Governor does not mean the law will pass. How a bill becomes a law is a whole different story!

First, the Governor has to find a sponsor in the legislative body to submit what's called a legislative service request to have them draft the bill. Then they give a bill what's called a docket number. After that, a bunch of drafts will come in from the 400 elected members that are a part of the New Hampshire House of Representatives, and the 24 members of the New Hampshire Senate. All drafts must be approved and signed by the sponsoring legislature, (the co-sponsors have to sign and approve it too). Every bill introduced to a committee must have a public hearing. That is where I come in. I am going to a public hearing as well! I will present my testimony about why I feel so strongly that this should pass.

Hopefully this bill will pass, but it is a slow process, and it will take until next year to get it done. I have to stay patient and really work hard to get people to come to the public hearing, and then, hopefully get some interested people to agree to testify on behalf of the bill by sharing their experiences with the judge.

We will be holding an informational meeting at City Hall in Nashua, NH to explain more about what people can do to help us pass this bill from 6-7 p.m. on Tuesday, October 29. The meeting will be open to everyone. I hope you can make it!

See you next month! 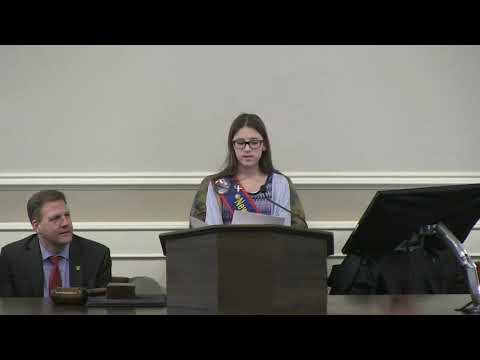